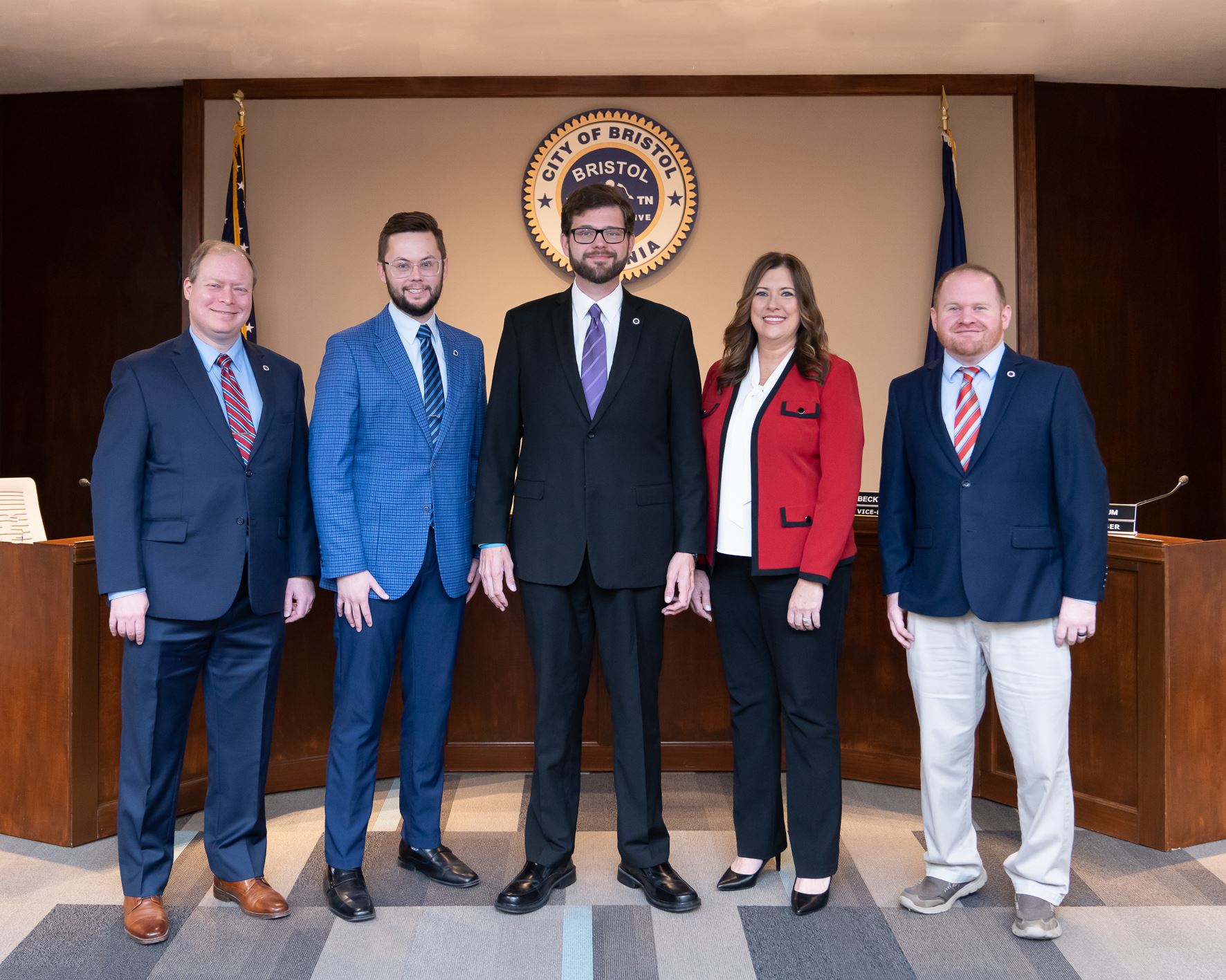 First elected to the city council in 2018 and reelected in 2022, Neal Osborne was named Mayor on January 2, 2023, after previous stints as both vice mayor and mayor.

Neal is a native of Bristol and attended John S. Battle High School and Virginia Highlands Community College. He has a background in sales and education, and currently works for a financial institution in their fraud investigation department.

In his spare time, Neal plays the guitar. He has one young daughter, Scarlett.

Becky Nave was appointed to the City Council on July 6, 2021. A native of Bristol, she is a graduate of Virginia High School and a graduate of King University with a Bachelor of Business Administration degree. Nave serves as Senior Destination Development Specialist for the Virginia Tourism Corporation, a state agency charged with marketing the Commonwealth as a premier travel destination and film location. Previously, she was employed by the Virginia Department of Housing and Community Development, People Incorporated and the Bristol Chamber of Commerce. She is a graduate of Lead Virginia Class of 2020 and Lead Bristol Class of 2009. Becky and her husband, Jimmy, have three children, Brandon, Kelsey, and Baylee.

Anthony Farnum was named Mayor of Bristol Virginia on July 1, 2021. He was re-elected after being appointed to the Bristol, Virginia City Council in November of 2018. He was named Vice-Mayor July 1, 2020.

Born and raised in Bristol, Virginia, Farnum earned a Bachelors degree from East Tennessee State University majoring in Public Health Administration with a minor in Economics.

Anthony has had a lifelong passion for real estate. He works as a licensed real estate agent, as well as a landlord and property manager. In his spare time, he enjoys sports and spending time with his family.

Prior to joining the city council, Anthony served on the Bristol, Virginia Planning Commission.

Anthony is married to his wife Amanda and they have one daughter, Juliette.